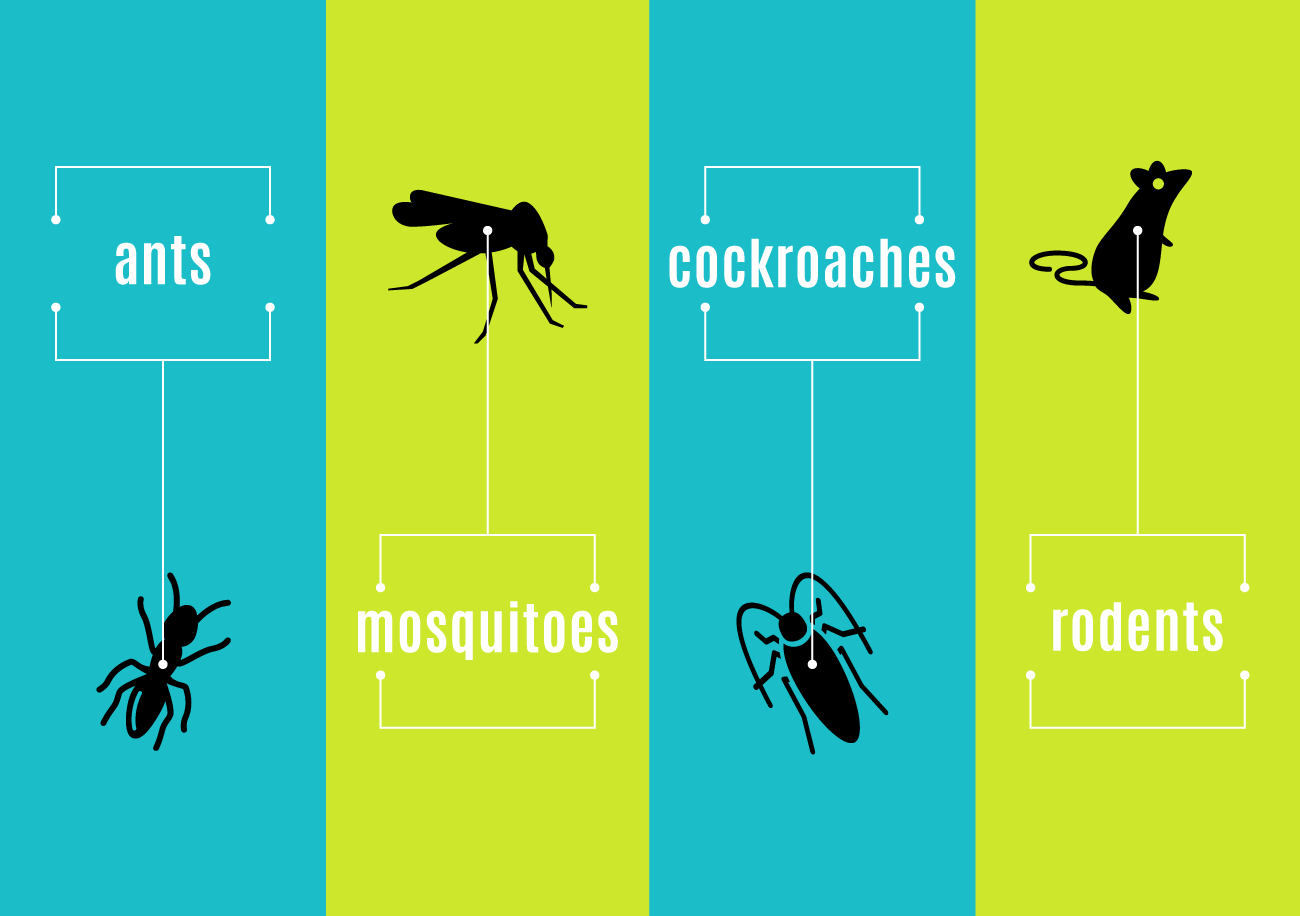 In celebration of our favorite number-themed holiday, Pi Day, we’ve consolidated some of our favorite, freaky statistics on pests. Ready to have your skin crawl? Take a look. They say numbers don’t lie…

There are 10 quadrillion ants on the planet.

Sorry, James Brown, but according to the numbers, it’s not “a man’s world”–it’s an ants. In fact, according to world-renowned biologists and Pulitzer Prize-winners, Bert Hölldobler and E. O. Wilson, roughly 10 quadrillion ants live here on earth at any given moment. For reference, that’s 16 zeros and roughly one million ants per every person.

Cockroaches can have nearly 1,000 babies each year.

Here in the U.S., we consider you to be an “adult” on your eighteenth birthday, but in the cockroach kingdom, these creepy crawlies mature into adulthood in as little as 6 weeks. Then, they’re ready to start producing around 800 offspring each year.

The amount of food rodents eat could feed millions.

If you thought your teenagers were big eaters, chew on this–rodents destroy enough food each year to feed over 200 million people. Don’t be so shocked though. It all makes *cents* when you consider they can squeeze their way into restaurants, hospitals, nursing homes and houses through holes as small as a coin.

Mosquitoes are responsible for hundreds of thousands of deaths each year.

Lions and tigers and bears might make you scream, “Oh my!”, but according to studies, the most dangerous beasts of all are found right in our own backyard. Because of the wide range of potentially lethal diseases they carry, mosquitoes are responsible for nearly 800,000 deaths each year–more than sharks, alligators and snakes combined.

One pregnant termite could multiply by millions in only one year.

If your new home’s welcoming committee includes a single pregnant termite, your down payment’s going to end up covering much more than you anticipated. In fact, according to the statistics, you could be the proud new owner of over 10 million termite tenants by the end of the year.

Ant colonies can be made up of 7 million tiny but troublesome critters.

They say that, “two’s company, but three’s a crowd,”–not if you’re an ant though! Living in colonies ranging from 100 all the way up to 7 million ants, it’s easy to understand how these rapidly-reproducing bugs are so common and difficult to get rid of.

If these Pi Day numbers have you bugging out, don’t worry. π may be a mathematician’s favorite constant, but Command Pest Control is a homeowner’s. We guarantee it.