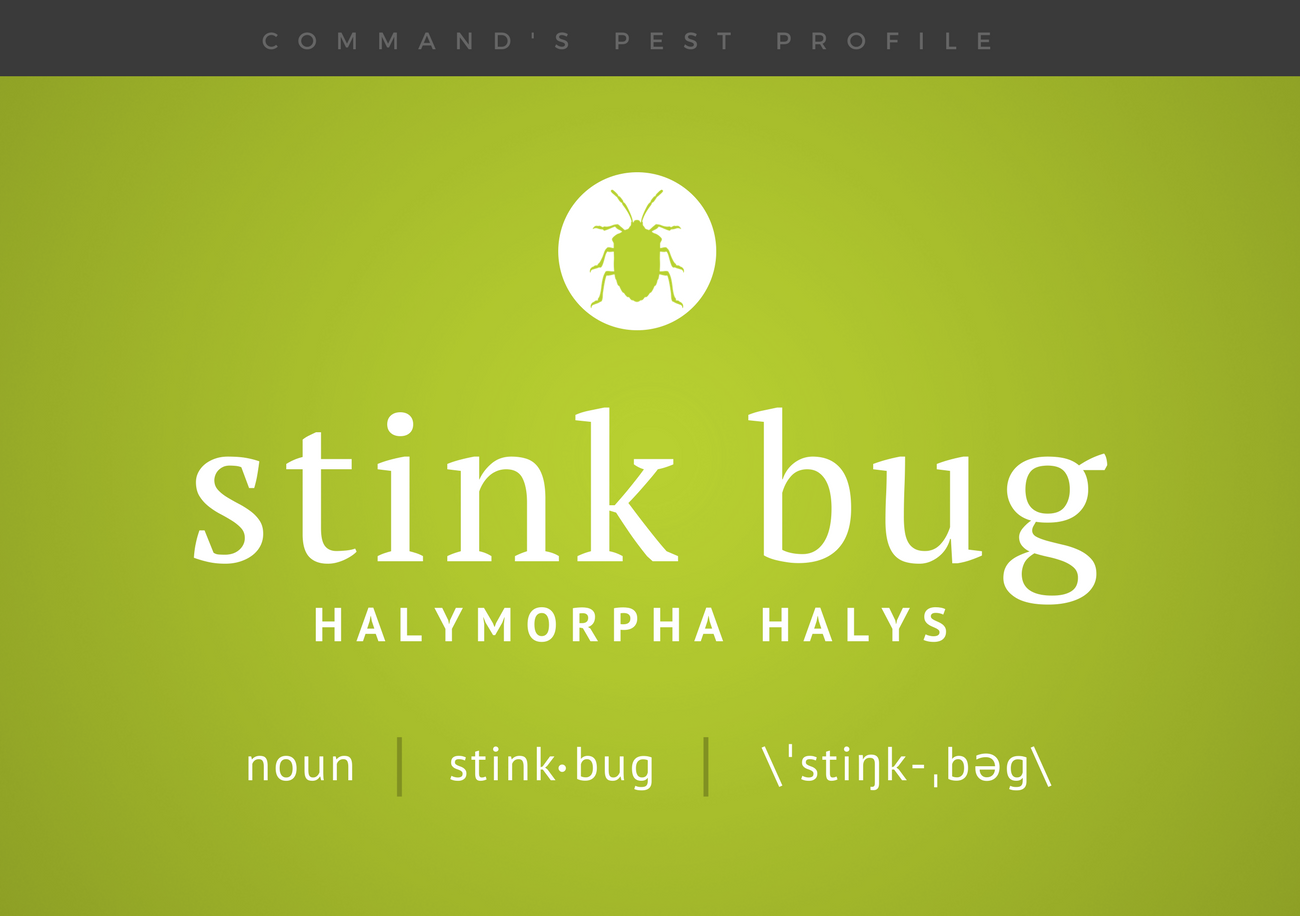 Summer has officially left town, and there’s a sense of celebration in the air because it took the season’s swarming mosquitoes with it. You can finally relax critter-free, right? While fall has its benefits, it unfortunately isn’t immune to pest problems. In order to treat these issues, it’s important to be able to identify them. That’s where our pest profiles come in. This month, meet the stink bug.

Known in the scientific community as “Halymorpha Halys,” stink bugs are oval or shield-shaped insects with, as you might imagine, the ability to produce unpleasant odors. These creatures can grow to be up to 2 centimeters long and range in color from bright yellow to black, though most are a muddled brown color. Stink bugs fly well, but fold their wings back over their bodies when landing.

Although these agricultural pests are native to Asia, it’s believed that they accidentally introduced themselves to the United States in 1996 by stowing away in US-bound cargo. Fast forward 20+ years, and their population is rapidly growing, most commonly in the eastern and southwestern areas of the country.

While these insects would prefer to live in crops, suburban-based families shouldn’t rule out the threat. Some species fight fall’s temperatures by clustering together outside of homes. Then, if they’re lucky enough to find holes, cracks or chimneys, they make your home their own, hiding in warm attics or crawl spaces until spring rolls back around.

Outside of feasting upon crops, stink bugs are relatively harmless, that is, if you can avoid the stink. This invasive creepy crawly has a single form of protection, and he’s not afraid to use it. Similar to the way a skunk defends itself, stink bugs emit a strong, deterring odor from the abdomen whenever it feels threatened or injured.

If you’re wondering whether the smell is more forgotten-food-ferocious or dirty-diaper-disgusting, it’s a little in between. The stink bug stench has often been compared to strong herbs and spices like cilantro and coriander, and has been said to linger for hours.

As stink bugs age and transform, so do their diets. The first generation of these critters don’t have to look far for food– they simply dine on weeds of grass. As they age, the bugs prefer to live in fields, orchards and landscaped yards where they can easily dine on their favorite buffet– apples, peaches, berries, peppers, beans and cotton. If those aren’t easily accessible though, stink bugs aren’t deterred. They’ve been found feeding on decorative flowers planted around homes.

While the stink bug’s strong scent may be enough to protect it from lizards or birds, the odor is actually comprised of chemicals commonly found in food and spices that you might season your dinner with– including cilantro.

Like with most pest problems, the most effective control is prevention. If you want to guard your home and send these pests packing, contact us.