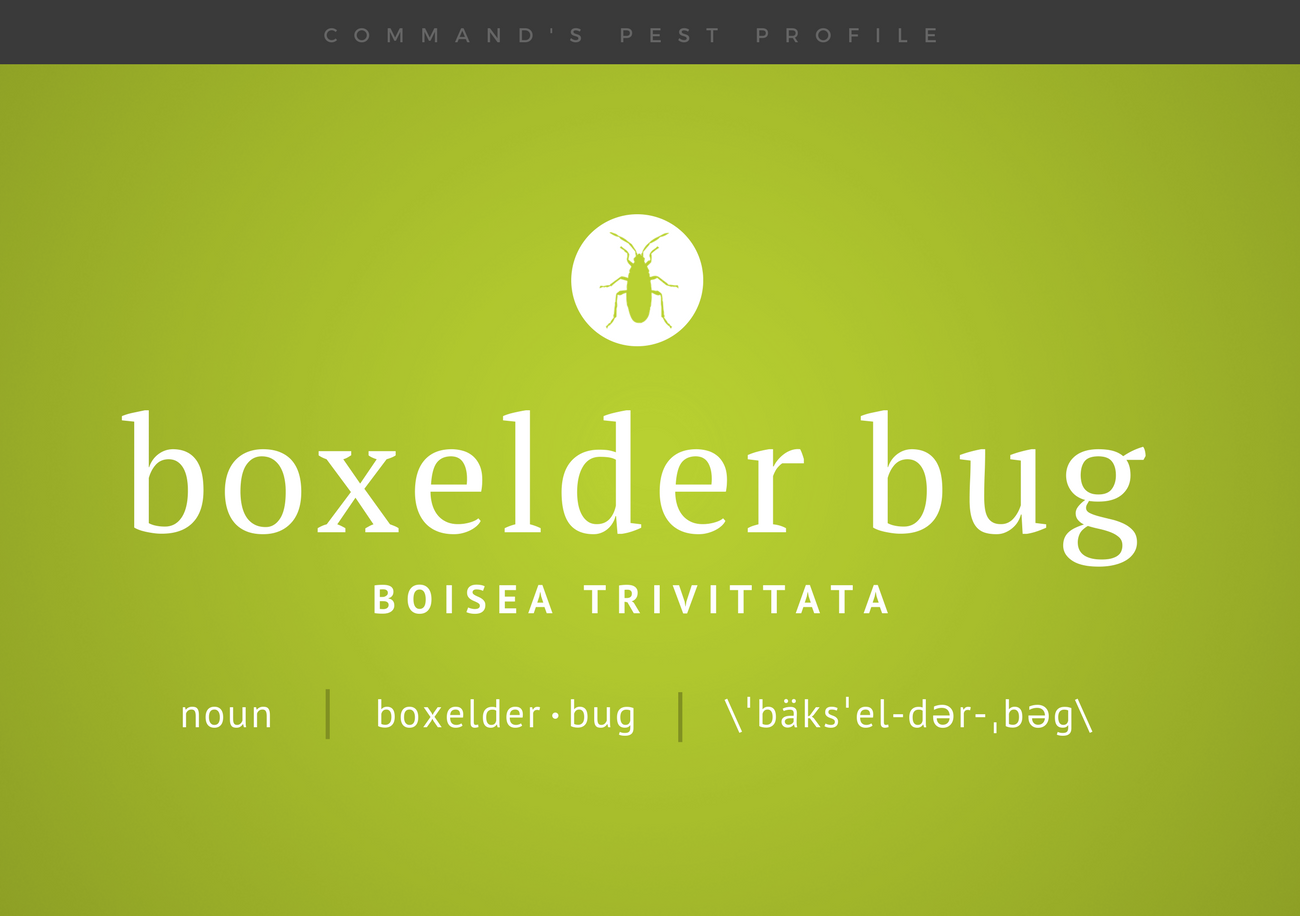 In order to rid your home of the creepy crawlies that have infested, it’s important to be able to identify them. This month, meet one of fall’s most frequent visitors, the boxelder bug.

With a scientific name like “Boisea Trivittata,” it’s not surprising that this pest is most often referred to by a more simple title, “boxelder bug.” Although predominantly black, these 1/2 inch critters host five red lines on their oval shaped bodies– two along each side, a vertical line down their thorax, and 1 on the tip of each wing.

Boxelder bugs would prefer to live their lives unperturbed in maple or ash trees or their namesake tree, the box elder tree. When weather begins to cool though, they rapidly begin to seek shelter elsewhere. First, they gather together on rocks, trees and buildings that receive a lot of sunlight. Then, once that sunlight is no longer enough, they congregate into a large mass and search for small cracks and crevices to sneak into your home where they can hibernate until winter has passed.

These pests are overall just that– pests. They go unnoticed most of the year, and truly only become a nuisance around fall when they become gregarious and desperate to find warm places to survive the upcoming cold seasons.

Though non-aggressive in nature, boxelder bugs have been known to puncture skin with their piercing mouth out of defense. This can cause an irritation similar to that of a mosquito bite.

Boxelder bugs received their name because of their diet preference– boxelder trees. They also feed upon maple, ash or fruit-bearing trees, leaving behind deformed or discolored leaves in their wake. Once fall rolls around though, these pests hibernate until their mating season, spring, reappears.

“Boxelder bug” isn’t the only nickname that these striped creatures hold. Many jokingly refer to boxelder bugs as “Democrat Bugs” because they spend October swarming, similar to politicians leading up to a vote.

Similar to the military adage, the best defense is a good offense. Protect your home from unwelcome visitors by contacting us to send pests packing.