You Are Here: Home / Blog / Facts / Top 5 Insects You Hope to Never Encounter 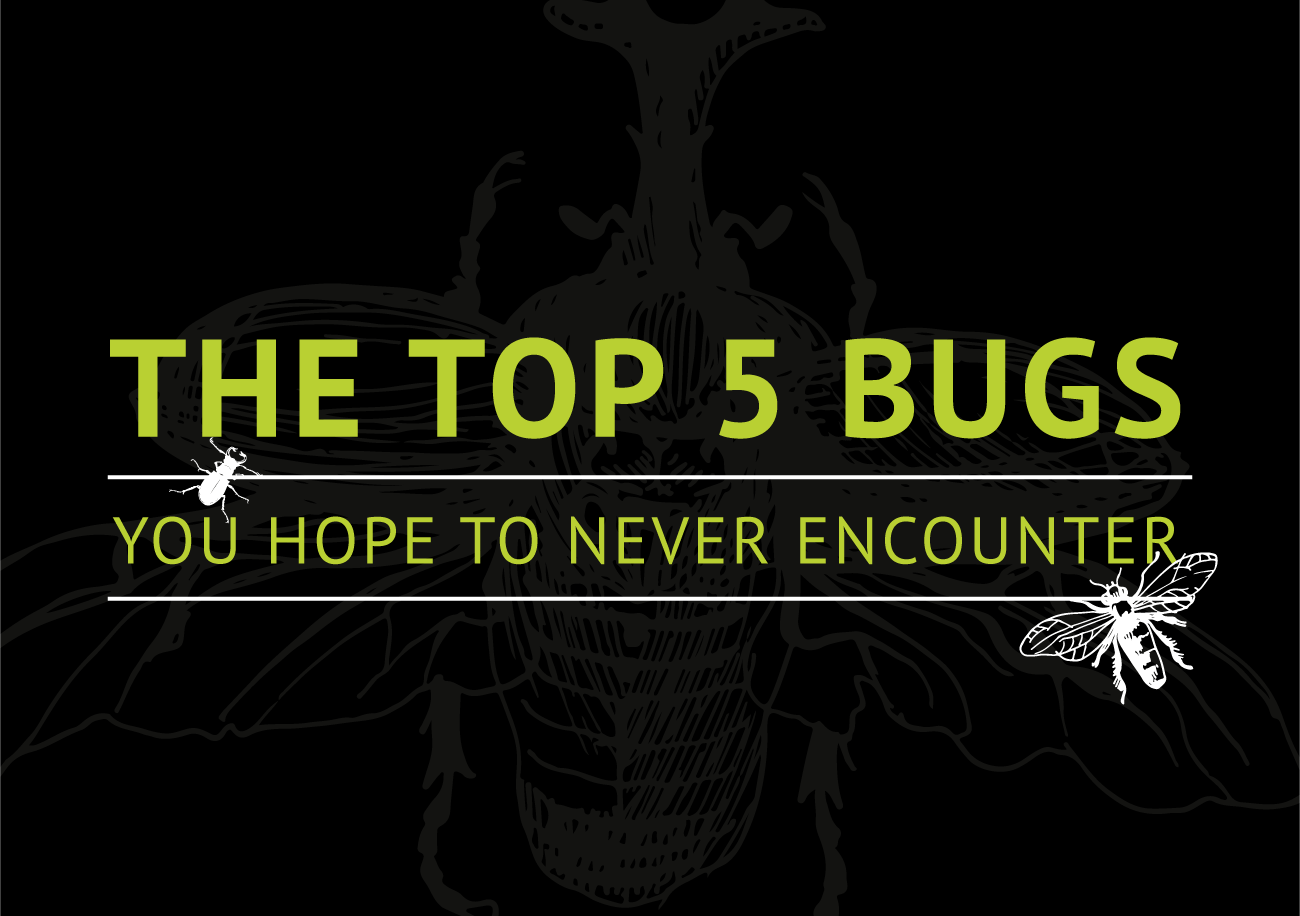 From damage-causing termites, to disease-carrying rodents and everything in between, our Command Pest Control technicians encounter a lot of different types of pests each day. The worst kind, though? The stinging ones. More specifically– the clinch-your-fists, no-shame-in-crying, scream-like-a-girl stinging ones. We like to categorize these as simply “insects we hope to never encounter.” Take a look.

Don’t be fooled– an experience with velvet ants is not nearly as luxurious as their name lets on. Although technically a wasp and not an ant, these flying hairy creatures have been known to shriek, release a foul odor and sting when run into. In fact, the sting packs such a mean punch that it provided the velvet ant with its nickname, the “cow killer ant.”

A tarantula spotting is enough to send even the most courageous person running and shrieking. Now imagine a predator that sends that same fear through such a terrifying creepy crawly. Allow us to introduce you to the tarantula hawk. This eight-legged spider wasp contains extensive amounts of venom, and isn’t afraid to use it to hunt or protect itself. Although its sting isn’t life-threatening to everyone, entomologist Justin Schmidt says that the electrocution-like agony is so intense, that people are most likely to hurt themselves from the sheer amount of writhing in pain. Now that’s bad.

You don’t get a name like “warrior wasp” by being cute and cuddly. These vicious creatures are known for their aggressive nature and army-like attacks. In fact, they get their name not just because they attack in armies, but because, when threatened, the entire swarm beats their wings in unison. The results? A sound similar to an army marching into battle. If that’s not enough to send you running, take it from Brave Wilderness’ Coyote Peterson who described the sting as a “continual electric shock.”

Though much less aggressive than their warrior counterparts, these stinging scarers are more likely to be encountered in the U.S. Often found in residential yards and hanging from eaves or rafters, paper wasps attack when threatened, resulting in intense pain, itching, swelling, redness and potential allergic reactions to the victim.

That’s right, folks. Flying insects like wasps and bees aren’t the only ones that sting. To round out our list, we can’t forget to mention the reigning champion of the World’s Most Painful Sting– the bullet ant. Living in colonies with thousands of other ants, these terrifying insects leave a sting that feels equivalent to being shot by a bullet, with waves of pain lasting for a full 24 hours afterward.

If you’re hiding under your bed in fear from reading this list, we have some good news for you. Thankfully, most of these painfully pesky pests don’t occupy the United States, and those that do, don’t have to occupy your home! Take command of your pest problems by sending them packing. Contact us today for your free estimate.