You Are Here: Home / Blog / Uncategorized / Favorite Pest News of 2016 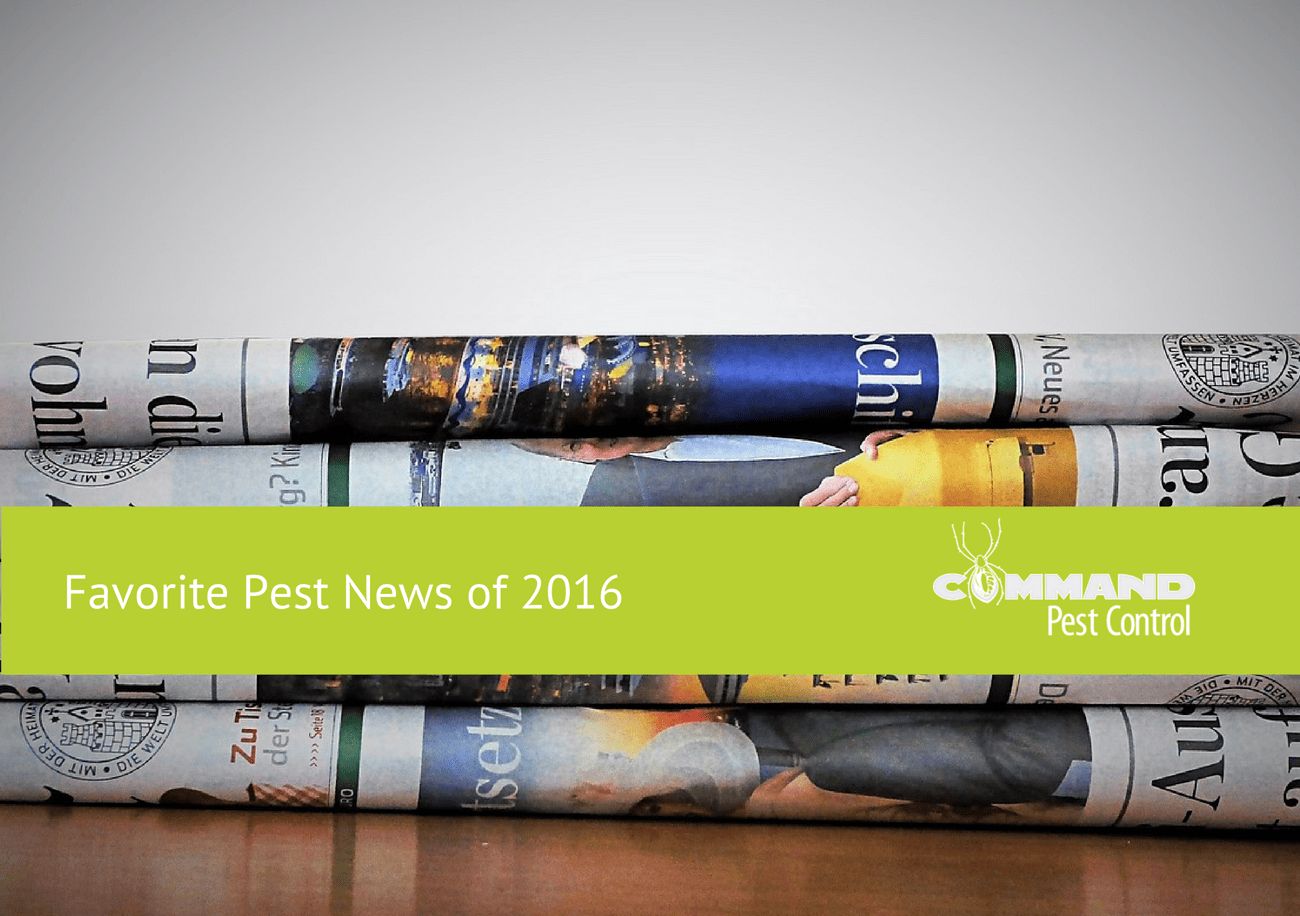 If pizza rats roaming the New York City subway lines and roach gifts for a vengeful ex were some of your favorite headlines from 2015, you’re in the right place. If you missed out on those stories, don’t fret. We’ve got you covered on last year’s blog. This year, we’re covering everything from tropical bed bug invasions to scientists creating a disgusting human flavor. So, grab your repellent and don’t scratch the itch because have we got some pest doozies for you!

April, India – Air India flights are delayed for the third time for having a rat onboard. The scary thing, the rat survived fumigation AND repellant spray. And scientists say cockroaches will be the ones to survive the apocalypse!

May, Louisiana – It’s a bird, a plane, a swarm of insects?! Early this summer, meteorologists out of New Orleans noticed unusual activity on the radar similar to birds in flight, but the visual was less defined. After involving National Weather Service, the situation was resolved. New Orleans was receiving a biblical plague-like swarm of insects – with a few bats thrown in for good measure.

August, Canada – A pest control company out of Canada used Pokemon Go! as a part of their recruiting effort. They noticed a similarity in the two activities of Pokemon searching and pest control: searching, tracking, and using lures. The result? They reached 150 people interested in the position in a single day. Here’s to hoping they “catch ‘em all!”

September, Arizona – How passionate are you about your job? Passionate enough to cause yourself physical pain over and over again? Entomologist, Justin Schmidt, certainly is! In order to determine the worst pain an insect can cause, he allowed himself to be stung several times in various vulnerable places of the body by different insects. After much crying and wallowing, he determined that a bullet ant to the nostril caused the most intense pain, but a warrior wasp to the lip wasn’t far behind.

November, Florida – Well, the curiosity is quelled. Bed bugs like to retire to Florida, too! Florida researchers discovered the usually rare tropical bed bugs. What makes them different than the normal run-of-the-mill bed bug? They are bigger AND can lay 300 more eggs than a typical breed. Scientists recommended residents call local pest control companies and have them send the bugs off to the lab for proper identification.

What was your favorite pest news of 2016? Share you story on our social media channels!