The Singing Insects of Arkansas Summers

You Are Here: Home / Blog / Uncategorized / The Singing Insects of Arkansas Summers 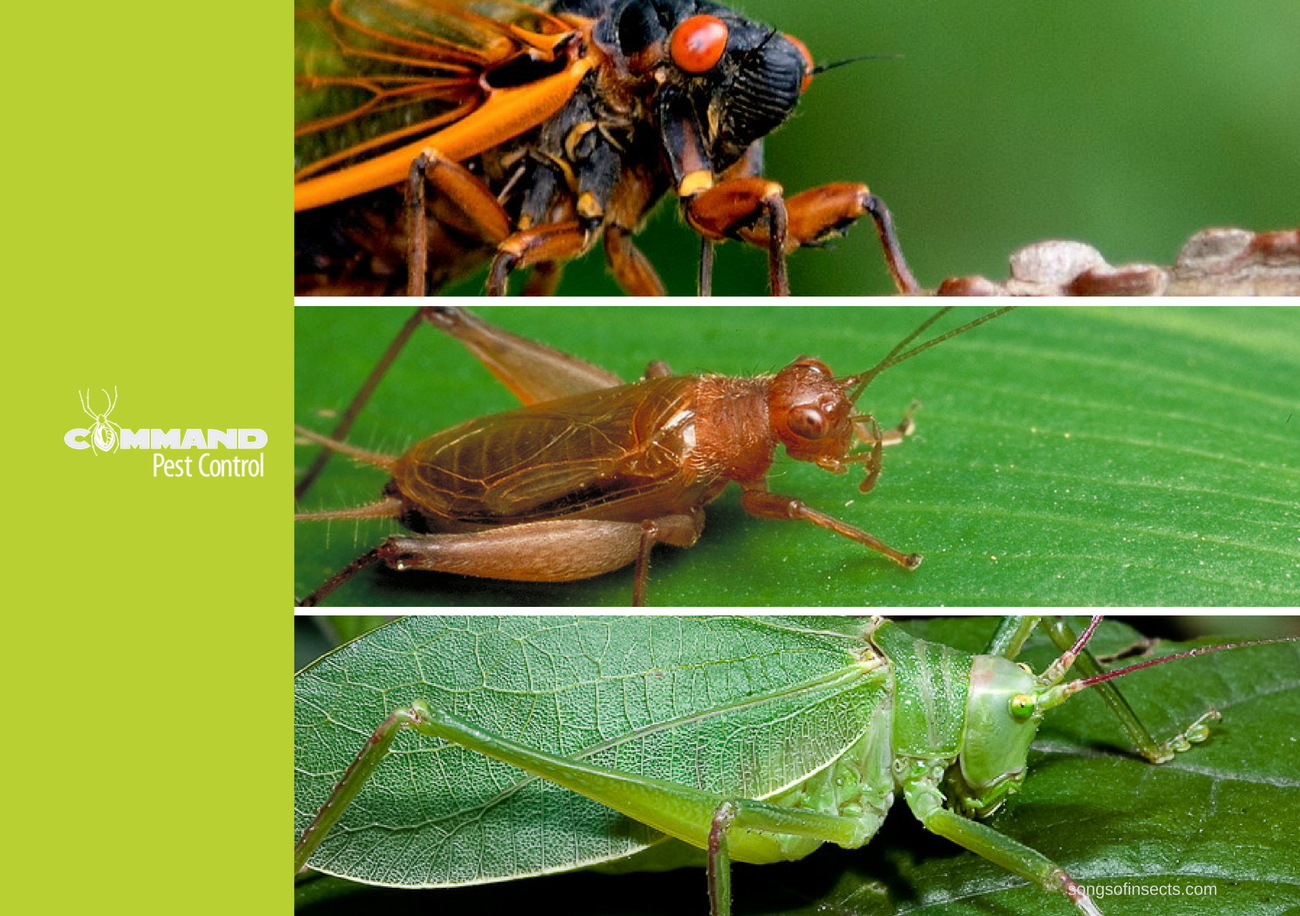 No summer in Arkansas is complete without warm nights accompanied by an orchestra of insects that come alive after the sun goes down and temperatures drop. While any central Arkansas resident knows this sound well, many don’t know which pests contribute to the nightly summer song. To commemorate the end of summer 2016, we’re revealing which pests you’ve been hearing every night and exactly how they make their noise.

Cicadas are the most well known noisy insect in the summer night symphony, and for good reason: you can hear groups of cicadas singing from more than a mile away! The common cicada sound is actually a mating call made by males. They vibrate their tymbal, an exoskeletal structure located in the bug’s abdomen, to make this soothing summer sound.

Also used as a mating call by male insects, the nightly noise of the cricket is created by the insect rubbing their front wings together. After the cicada, the cricket’s call is one of the most recognized insect sounds of Arkansas summers. Known as a calming, relaxing noise, their nightly chirp typically begins at dusk.

The lesser known part of this nightly insect musical trio, katydids are hard to spot, but their sound is highly recognizable if you know what to listen for. By rubbing their forewings together, they’re able to create the noise they are named after, repeating “Kay-tee-did, Kay-tee-did-did.” Katydids don’t start their song until late at night, and it continues into the early morning.

As the temperature cools, the songs of the cicada, cricket and katydid will become quieter, but we have certainly enjoyed hearing it loudly played each night during these warm months. Here’s to soaking up the last few weeks of summer weather, and the last few weeks of listening to our nightly insect orchestra!