The Top 4 Creepiest Spiders in Arkansas

You Are Here: Home / Blog / Uncategorized / The Top 4 Creepiest Spiders in Arkansas 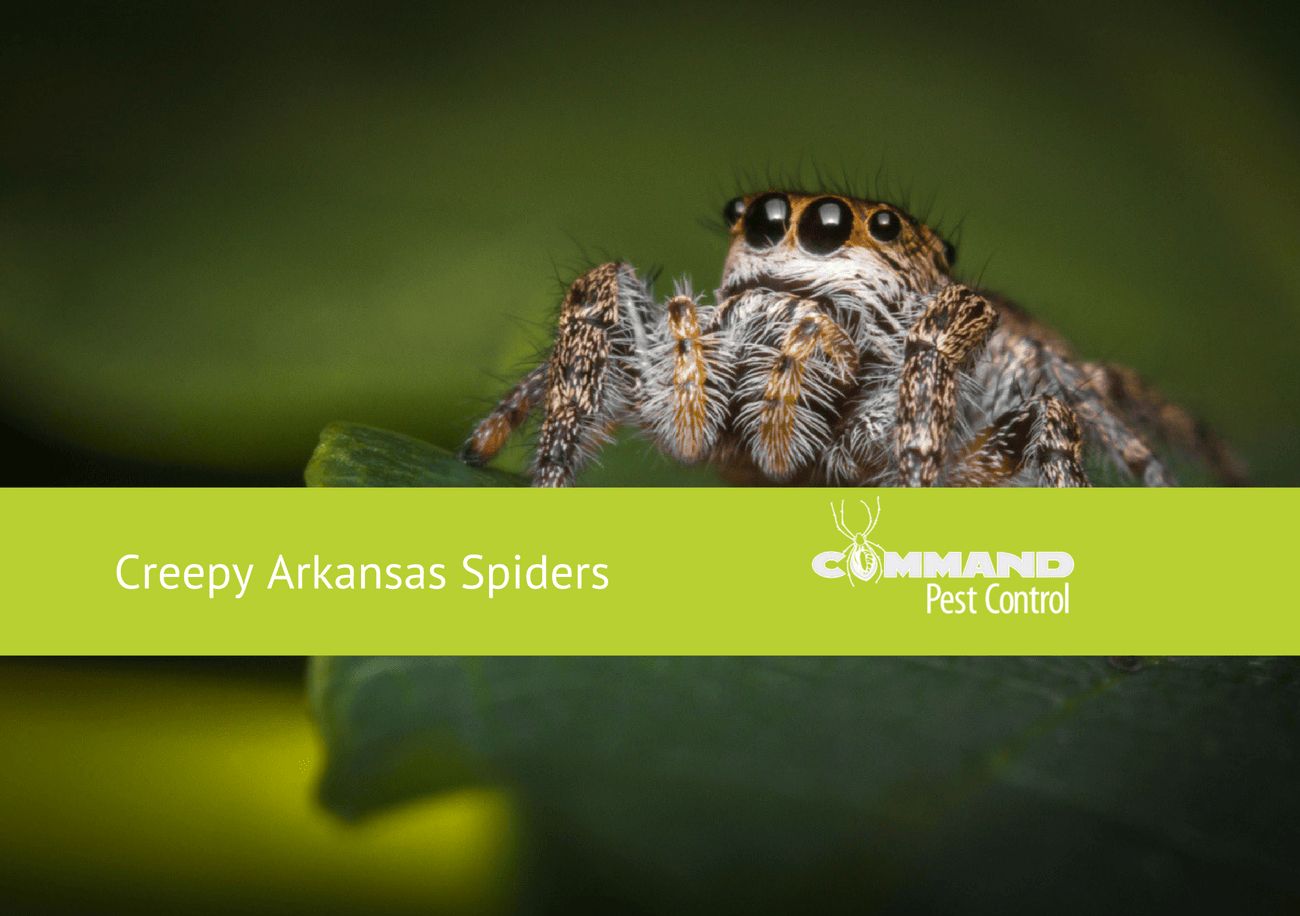 At some point and time, spiders have probably made their way into your nightmares. Whether you were a kid and your older brother let you watch the movie, Arachnophobia, or you encountered one face to face in the attic getting down the Christmas decorations, spiders are a feared creature for a reason.

All pests have a potential for danger, but when one of them has eight legs and a powerful jaw, you tend to put that one at the top of your list of Pests to Avoid Forever.

On the positive side, they were created with intricate designs and bodies that help us identify them as harmless or dangerous. We’ve gathered the top 4 of our favorite spiders that can be found right here in Arkansas, so that next time, if you see one, you know exactly how far to go on the panic scale. Of course, you should always call us to eradicate the problem – and to keep your wife from finding out you scream like a little girl.

If you’re considering throwing a garden tea party anytime soon, this one might show up as an uninvited guest. They – especially the females, who are three times the size of the males – do not like to be disturbed. They will bite if they feel their homes are being compromised, as they stay in one place the majority of their lives. However, their venom is mostly harmless to humans.

Unlike their name suggests, the dark fishing spider is mostly found in wooded areas, but has no problem leaving the forest to invade your home. However, they do tend to be shy, so unless provoked, they are not aggressive. The bite’s effects on humans are similar to that of a wasp or bee sting. If a mature adult of this species is found, the next step is to look for the nursery web where up to 1,000 eggs might be waiting to hatch.

Probably the most well known type of spider, the latrodectus mactans (translated in Latin as a “destroyer biting in secret”) is easily identified by the red hourglass shape on its body. Contrary to popular belief, the male isn’t always consumed by the female after she’s done with him – that is, if he exits the web quickly enough. The venom is especially toxic and the symptoms, quite violent. It’s important to check everything that has been sitting in your yard for long periods of time before handling or bringing indoors.

A cousin to the daddy long legs, the longbodied cellar spider’s legs are six times the length of its body. Its love of Arkansas comes from its desire for heat. It cannot survive in cold weather so in winter, it will seek the warmth of your home. Much like the black widow, rumors have spread about this species. It’s said that the cellar spider is the most venomous of all, but because of the tiny build of its mouth, it cannot bite humans. This has been proven untrue, as the spider can bite but only a small burning feeling is left behind on a human.

While all spiders on this list – with the exception of the black widow – have mostly harmless bites, all humans react differently to venom. So, we prefer the better safe than sorry route. Let us eradicate your home of spider guests. Give us a call or post on our social media channels with any questions!