You Are Here: Home / Blog / Facts / 5 Things Homeowners Should Know About Pest Control 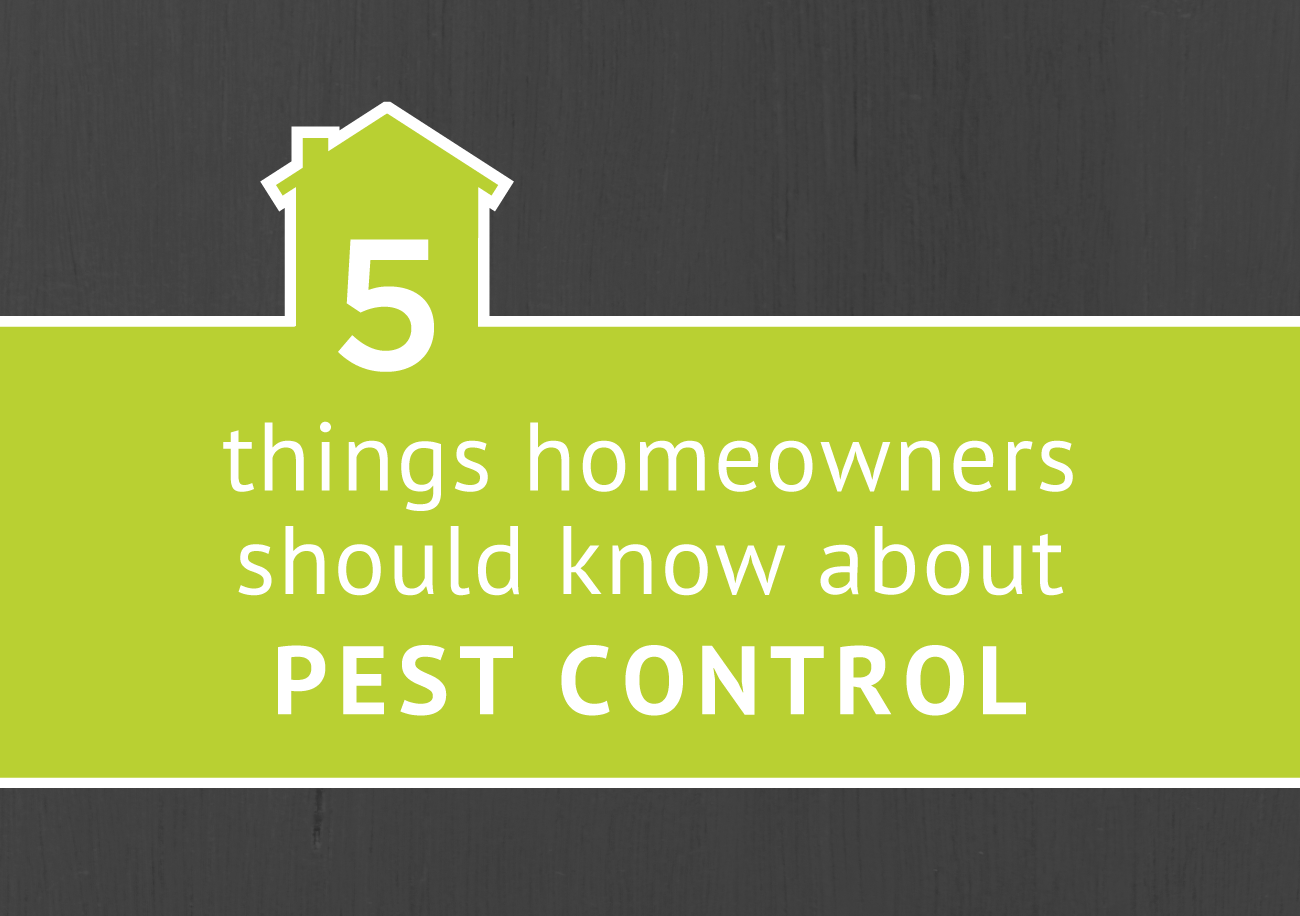 We don’t mean to scare you (actually we do), but your family isn’t the only one living in your home. That’s right, folks. Whether you see them or not, your home is a target to creepy, crawly, cringe-inducing critters. If they aren’t paying rent, it’s time to send them packing. To find out how, take a look at the five things that every homeowner should know about pest control.

When you think of homes that mice, cockroaches and other creepy crawlies live in, your mind likely drifts to visions of what a home would look like if your sixteen-year-old son owned it– dishes stacked a mile high, dust on every surface and cereal boxes that are always left open. Luckily, you’re a self-proclaimed neat freak, so you don’t have to worry about these unwelcome house guests, right? Not exactly. Mice can live on less than four grams of food per day. Cockroaches? They can go an entire week without eating anything at all! So while a squeaky clean home won’t get rid of your pest problems, it may help avoid them in the first place.

Pests will bruise your ego by making you scream like a little girl, but that’s not all– they’re also extremely dangerous. In addition to the diseases, bacteria and allergens that they all carry (some as lethal as the plague!), pests take it a step further by putting the safety of your home at risk. Termites alone cause up to $5 billion in property damage each year, and they aren’t the only ones eating away at your wallet. Rodents have been known to snack on your house’s wires, which is a major fire hazard.

You were just sitting down to a lovely dinner when you noticed a cockroach scurry across the floor. You’re traumatized, and quite frankly, we get it! Although you’re going to want to believe that this critter found its way into your home on its own, it’s probably not the case. Not only are roaches rapid breeders, but thanks to their 2000-lensed eyes, they’re better at hiding than you ever will be at seeking. If you wait to call in the professionals until you’ve spotted a handful of these pests, you may find yourself with an infestation.

Your home’s infestation has been treated, and you’re given the “all clear.” This is great news! But don’t let it get to your head. If you aren’t receiving regular, professional pest control applications, insects and rodents will eventually find their way back to reclaim your home as their own. Afterall, it’s much more comfortable in there than it is outside!

We are big supporters of DIY efforts, and although we applaud your bravery in facing these fear-inducing pests, you shouldn’t wait too long to call for help. The chances to misapply or mistreat pest problems are endless when you’re doing it on your own, and in fact, some of these treatments can even make matters worse. Instead, book your free estimate with us, and learn how we can help you take command of your pest problems.