Most Athletic Pests and Their Olympic Events

You Are Here: Home / Blog / Uncategorized / Most Athletic Pests and Their Olympic Events 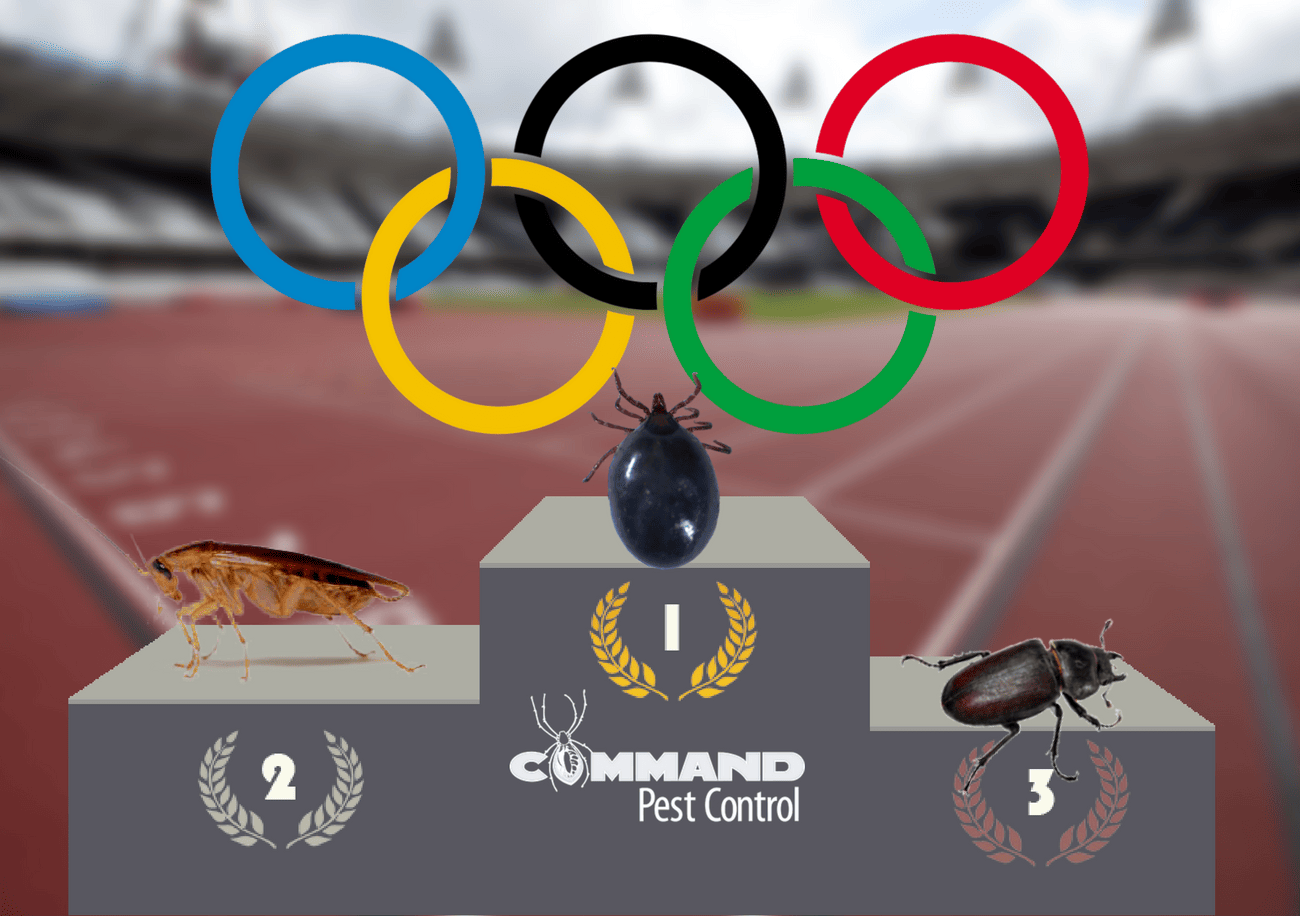 Over the course of the next two weeks, one of the most anticipated events in the world will take place: the Olympics. As we watch Olympic athletse run, jump, flip, swim and compete for the ultimate prize, we can’t help but wonder which of our pest neighbors would be gold medalists. Here’s the pests we think would fare the best, and what events we think they would excel in:

The speed of the cockroach is unmatched by land-moving insects, and by humans too. Cockroaches are able to move 50 body lengths per second, which is the equivalent of a human running 100 yards in one second. This unrivaled ability to move at high speeds makes the cockroach perfect for sprinting events, as well as sports where quick bursts of speed come in handy, such as soccer.

Ticks have the ability to jump 110 times their own length, which is equivalent to a human jumping over a 30-story building. Any event involving jumping, such as the trampoline, track and field or basketball is a perfect fit for the high-flying tick.

Water beetles would dominate all aquatic sports in the bug Olympics, particularly the whirligig beetle. Their divided eyes allow them to see both above and below water at the same time, and they are able to dedicate more than 80 percent of their energy used while swimming to forward thrust.

In Olympic events that require raw strength, the dung beetle would have few competitors. This bug is able to lift 1,141 times its own weight and is the strongest animal on the planet. If an average human had the strength of a dung beetle, he or she would be able to pull six double decker buses… with people in them.